I’ll never forget the viewing. We had it the night before the funeral. We weren’t going to go. My husband wanted to remember J.T. as he was when he was alive, not in a casket. I realized we needed to go for my three year old. He was not getting the concept of death. I thought if he saw his brother there, he would get it.

We walked in and there was a woman and her children there. I had just found out a day or so before that she, too, lost a child. He was four at the time. You never would have known it. She acted so “normal”, I thought. How did she do it? Before I could say anything to her, she said something to me, something I held onto like glue on those days and nights when I thought I was going to die from my broken heart. She told me, “Sarina, you will survive this. You might not think you will right now, but you will.” Later I asked her if she was happy, I mean, really happy. I couldn’t imagine a life without my J.T., let alone being happy ever again. She said, “Yes, I am. Sometimes I’m not, but for the most part I am.”

Sandy was my inspiration. There were many nights when I remembered her words. She was the only one I knew who could talk from experience. Let the “experts” say what they will. If they hadn’t lost a child, I didn’t give a damn about what they said. They had no idea what they were talking about! But Sandy did. She was nine years ahead of me on this journey, and she was still walking, talking, laughing, being a great mother to her other four children…..maybe I can do this…..

Those nights when I felt so lost, so much in the “pit” of grief, I remembered Sandy. I remembered how she was living life. I knew there were still sad days for her…how could there not be? But I also knew she had worked through so much of her grief and rebuilt her life. One of my biggest fears was that I lost the person I was forever. All those years of creating who I was….gone. Thank God for Sandy. I could see my future in her. I could see that I, too, was able to reclaim myself. It would not happen overnight, but I knew it would happen. And it did. I will never be “the same”. In fact, I am better. I am more compassionate about life, I experience life more fully, and I am making my time here count for more.

Does that mean I don’t miss my boy? I will always miss my boy. There will always be a huge hole in my heart. And there will be days which are harder than others. But I know I will survive and be able to be the same inspiration to others as Sandy is to me.

FREE Connecting to the Other Side MP3 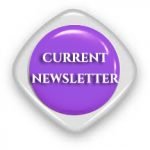